I’m standing at Waterloo station looking for a woman holding a toilet plunger up over her head. She’s my guide for the afternoon on the London Loo Tour. Yes, while most people coming to London to visit thrones are viewing gold, guilded ones in Buckingham Palace, mine are to be white porcelain and hopefully not grubby! Frankly, I have no idea what I’ve let myself in for.

A couple of minutes before 2pm I see her – a small woman waving a plunger over her head who introduces herself as Katie, my tour guide for the next two hours. Soon we’re joined by five other brave folk – most of whom seem to be celebrating birthdays (erm, any friends reading this I just want a few beers in a bar thanks). Off out of the station we head to our first stop where the lavatorial learning begins. 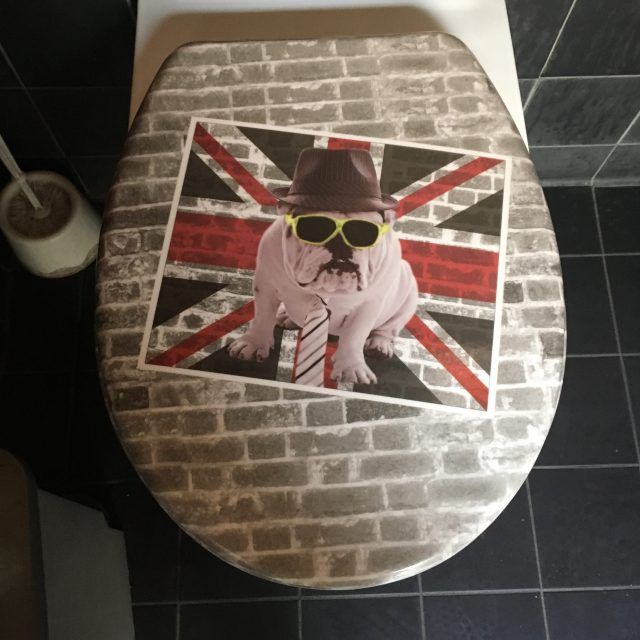 A Useful (Loosful) Fact About the Shard

It’s difficult reviewing tours – I want to tell you enough about the tour to help you decide whether or not to go on it, but not spoil all the fun so all I’m going to tell you about Katie’s speech is the first fact I remembered, the one that means you’ll never be able to look at The Shard (the super tall pointy building on London’s Southbank) in the same way again.

Apparently, because it’s so tall, they realised if they had straight plumbing anything, erm deposited would be travelling so fast when it hit the ground it would create carnage – so the pipes twist. As such, if you move fast enough after using the loo and jump in the very fast lift down, you’ll beat your poop to the bottom, Why would you not want to go on a tour that teaches you stuff like that?

A short walk later brings you to stop two – the Jubiloo. I walked past this at least five times before and had no idea what was inside – boy was I missing out. The toilets were created to celebrate the Queen’s Jubilee in 2012 and are often described as the most patriotic loos in England. There’s British bulldog toilet seats, Union Jack mirrors and pictures of her Majesty everywhere.

It has eleven individual cubicles and at least one of them is so large, our whole tour group got into it at once! The loos flush using rainwater collected from the roof. Go in on the tour and you also don’t have to pay the 50p it normally costs to spend a penny in there!

After you leave the Jubiloo it’s time to cross the river – a place full of its own fascinating poop related history. One of the funniest things about this tour is the faces of everyone you walk between the stops – there’s a lot of double-takes as people sitting in pubs and cafes, or walking past in the opposite direction realise that yes, that woman is holding a toilet plunger above her head.

A few inquisitive American folks ask what we’re doing – but don’t look any less confused when I explain we’re on a London loo tour investigating all things toiletesque – the rest just stare open-mouthed muttering some variation of ‘that’s a loo plunger.’

Where does the London Loo Tour Go?

The tour winds its way from Waterloo to Covent Garden. Other than the Jubiloo you don’t actually go into any other toilets, but we did learn a heap of stuff about the history of sanitation in the capital and, it’s brilliant if you live in London as Katie points out a heap of free loos you can visit should you get caught short.

Other things I learned included what the origin of the words loo and crap are thought to be (and no, it has nothing to do with the famous Mr Crapper), that there are 72 free public toilets in the Square Mile; all about toilet twinning – and the location of the last street lamp in London to run on methane gas from the sewer below – and it’s right by a very posh hotel! You’ll have to book yourself on the London Loo Tour to get the full details of all of those yourself though. 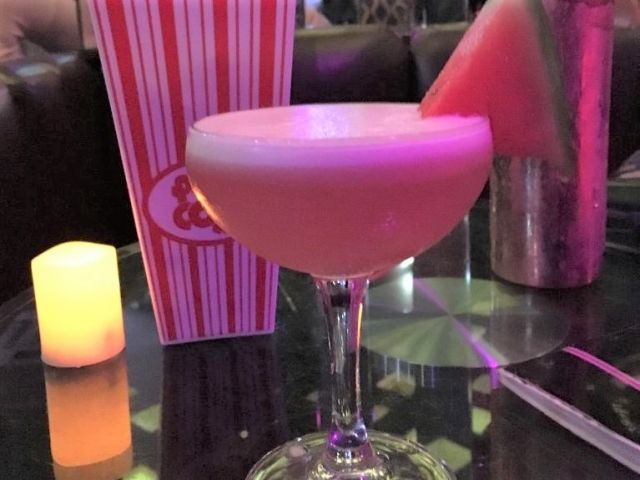 The tour finishes at The Cellar Door, a tiny cocktail bar in Aldwych which, you’ve guessed it, is situated in an old public convenience. If you go in there afterwards you get a 30 percent discount on drinks.

This was another place I’d walked past heaps of times before but never paid any attention to – in fact, I’m not sure I want to tell you about it as it’s super tiny and I won’t get a seat if I want to go again! Its loo door is also rather interesting – of somewhat unnerving – as it’s completely see through until you lock it!

So how would I review the London Loo Tour?

I thought it was good fun – my only criticism was I’d have preferred to find out a bit more about other interesting toilets in London (see below for that) but it certainly was a different way to spend an afternoon – and I learned heaps of ‘useful’ sewer-related information!  It might not be something you do if you’re just visiting London for a short holiday, but, if you live in London it’s definitely a fun way to spend an afternoon.

Looking for other unusual London tours? Why not check these out.

Oh, and if you fancy visiting your own set of interesting loos – here are some tips that didn’t come from the tour

The toilets at Sketch restaurant in Conduit Street are quite possibly the most Instagrammed toilets in London.

Bars in old toilets are a thing in London – with names like Ladies and Gentleman, The Attendant and WC here’s a list of possibles from Time Out

The toilets in the Shard are on the 31st floor and famed for their incredible views – I don’t like heights so I have to hold on when washing my hands, but they are pretty fab.

If you’re travelling further afield, you might also want to visit the Toilet Restaurant in Taipei. 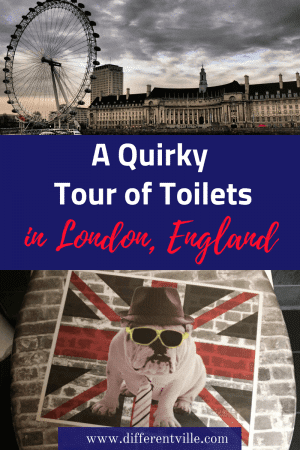 4 thoughts on “Is This London’s Most Unusual Sightseeing Tour?”