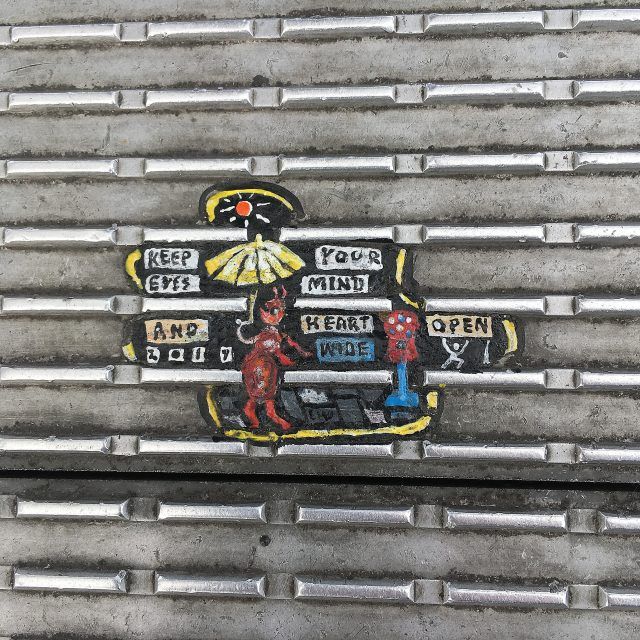 Hunting for the Hidden Paintings on the Millennium Bridge

I was a goth in the 80s so I’m used to people staring at me – but as I’m virtually lying on the floor of London’s Millennium Bridge trying to get a picture of a piece of tiny painted chewing gum with the Shard in the background, I’m getting a LOT of attention.

Soon though the people looking at me with suspicion start to smile, they’ve spotted what I’m photographing and they’re as amazed as I am – dotted across the bridges metal surface are hundreds of tiny paintings created by the artist Ben Wilson, now known as ‘The Chewing Gum Man.’ 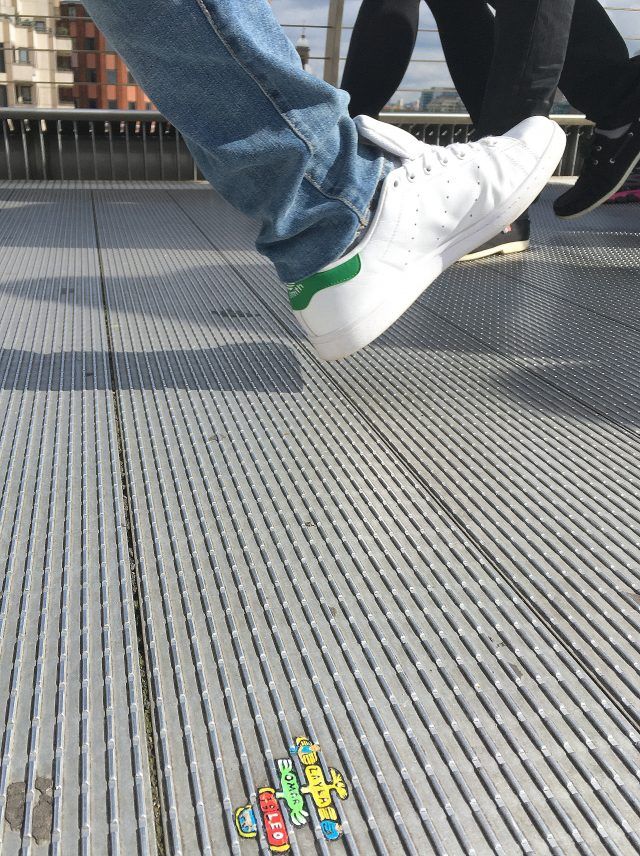 How I found the Chewing Gum Art

Despite the fact that he’s been creating art this way for over ten years, I only heard about Wilson that morning, when I’d gone on the excellent street art tour of Shoreditch with Alternative London.

We’d met at Old Street Roundabout, and one of the first pieces of art we were shown was on a piece of pavement I’d traversed three times that week already without spotting a thing.

Guide Emilie pointed out two coloured circles on the ground that only reveal their secret once you stop and look closely at them. She then told us a bit about Wilson’s idea of bringing people’s attention to how they disregard our environment by creating art from what they drop.

I loved the whole concept and as soon as she mentioned the project that was started in 2013, where Wilson had aimed to paint every piece of chewing gum on the Millennium Bridge that stretches between St Paul’s Cathedral and the Tate Modern,  I had to go see it…so that’s how I found myself, sprawled across a bit of dirty London walkway on a Saturday afternoon trying not to get stepped on! 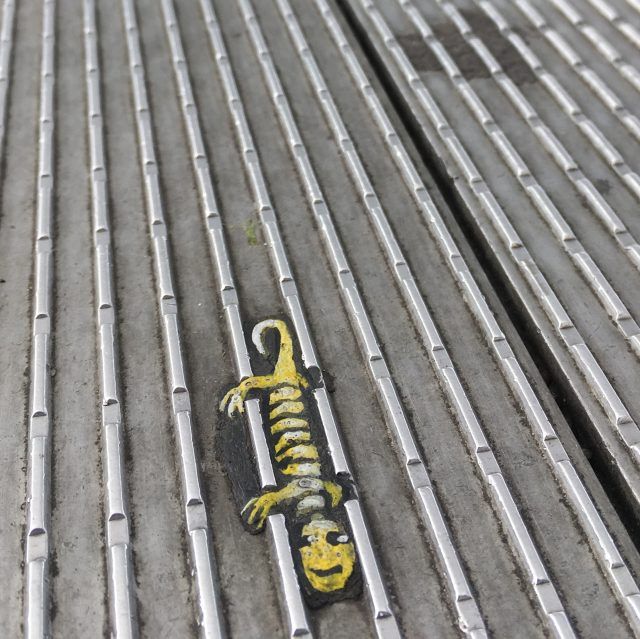 How do you Paint on Chewing Gum?

Carefully is the answer! It’s melted, then painted then varnished apparently. Interviews with Wilson explain that he decides what he’s going to paint sometimes by the shape of the gum, sometimes by what’s around him and sometimes by listening to stories of passers-by.

In an interview with art blog Inspiring City about his work on the bridge, he points out a memorial to someone who died in the Japanese tsunami created after a member of their family walked past him at work and they got chatting.

Over the years he’s also painted marriage proposals, apologies and tributes to the local postie. Each tiny piece of chewing gum art can take three or more hours to create – and, because he’s painting on gum, not the pavement itself, it’s technically not illegal.

I think it’s funny that so many of the people walking on the Millennium Bridge are going, or have just left, the Tate Modern, one of the world’s temples for creativity, and yet there’s a tiny art project under their feet that most have no idea is there. I’m really glad I got the chance to find out about it.

Check it out next time you walk past – just be warned, once you find one bit of chewing gum art, searching for more becomes addictive so you might want to let anyone meeting you on the other side of the bridge know you’ll be late!

Where else to find Chewing Gum Art in London?

You’ll also find Wilson’s work at Old Street roundabout (close to 99 City Road) and in Muswell Hill in London where he lives. Oh, and I also definitely recommend the Alternative London Street Art tour too – I learned heaps about the Shoreditch Art scene and street art in general. 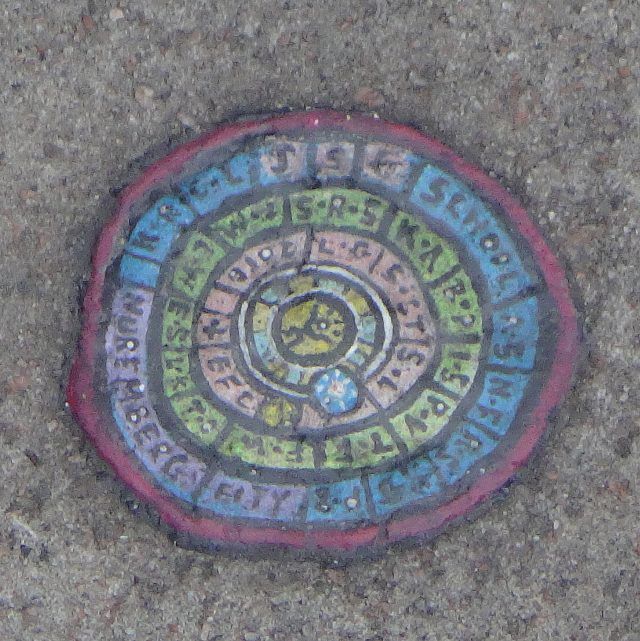 Where I stayed in London

I actually checked out a few hotels on my trip as I wanted to try some of the emerging trend for mid-range ‘no frills’ hotel in London – normally a city where hotels fall into the categories ‘lovely but you need to sell a limb to afford it’ or ‘cheap, but slightly frightening’.

For checking out the Southbank and the art scene in Shoreditch though, the best of the three I stayed in has to be Motel One in Minories near Tower Hill/Aldgate.

It cost an incredibly cheap – for London anyway – £98 a night and the room was large, clean and had everything I needed – private bathroom, huge bed, kettle, storage space (and don’t believe the reviews that say there’s nowhere to hang clothes – the clothes rail is just cleverly hidden!).

I’d booked a double room for one person and thought it was amazing. Of the three hotels I tried, it’s the one I’ll definitely go back to – in fact, I really don’t want to tell anyone about it so it’s not booked out next time I go.

So, what’s the most interesting piece of street art you’ve spotted? Or, what other hidden secrets have you found in London? I found so many I wrote a whole post on the others that I found – but the chewing gum art was too good to not get its own special mention. 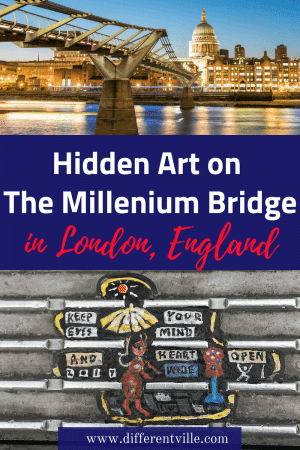