Gaggan restaurant in Bangkok serves amazing food and has won award after award because of it – but that’s not why there’s a Gaggan review on Destination>Differentville; it’s on here because the Gaggan menu is written entirely in emojis – and you have no idea exactly what you’ve eaten until the end when you’re given the full key to what all the cute little symbols actually mean. 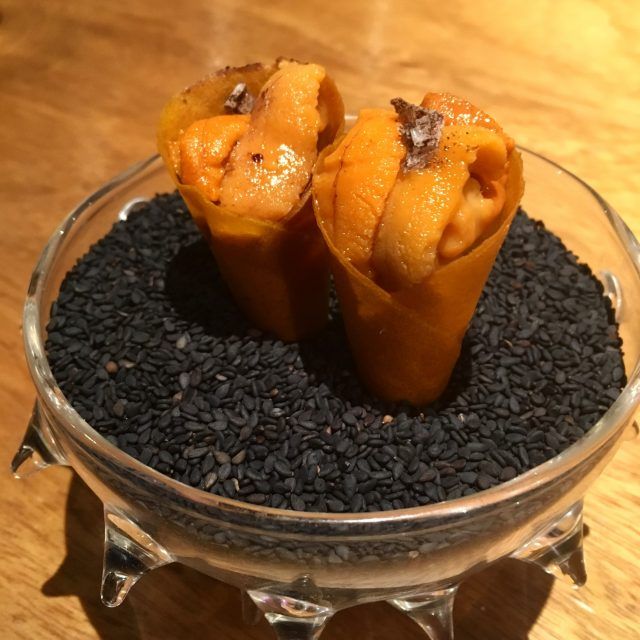 Gaggan is named after its owner, Kolkata-born Gaggan Anand and the menu is inspired by all things Indian – but forget getting anything reminiscent of that served in your local takeaway during your night out.

Our 25 course meal (no that’s not a typo, it really is 25 tiny courses each a mouthful or two in size) started with exploding balls of yogurt, took a detour through tiny ice cream cones filled with sea urchin (above), slid past a tandoori quail served in a little cage before a rich crab curry topped with egg custard tipped me over the edge into fullness.

Two beautiful desserts followed – one of those times I was rather pleased that I was born with a second dessert stomach that manages to squeeze in anything sweet no matter how much else I’ve eaten. 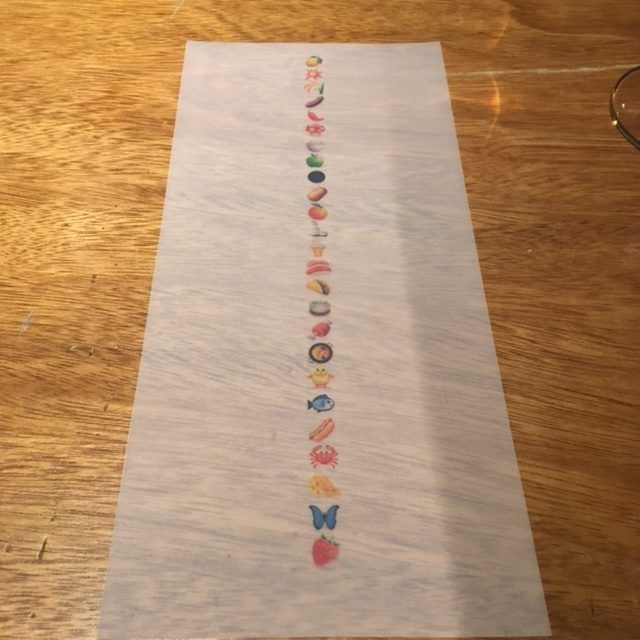 I’m not a food critic so I’m not going to describe all the dishes in detail, I wouldn’t do them justice – but let’s just say there’s a reason why Gaggan has won best restaurant in Asia three years running – and it’s not just because he seems like a really nice bloke!

It was one of the best foodie experiences of my life – my favourite dishes were the spicy coconut of the Idly Sambar , a tiny raw fish taco and the mind-blowing vindaloo pork cutlet (below).

The only thing I wasn’t struck on was a red matcha soup – I hate matcha and loathe tomato soup so that was never going to end well no matter the level of genius of the chef.

Why Gaggan is so Special

We were lucky enough to be seated upstairs in one of the 10 seats within what’s called the Lab where the dishes are prepared in front of your eyes and it was an amazing process – there was liquid nitrogen, there were blow torches, there were more different shaped plates than you’d find in John Lewis’ wedding list department – the washing up liquid bill must be enormous!

Most fascinating though was the team of three chefs standing next to me all shaving coriander root to make tiny coriander nests for a dish called Apple Snow – there was mounds of the stuff and they were shaving for at least 90 minutes! 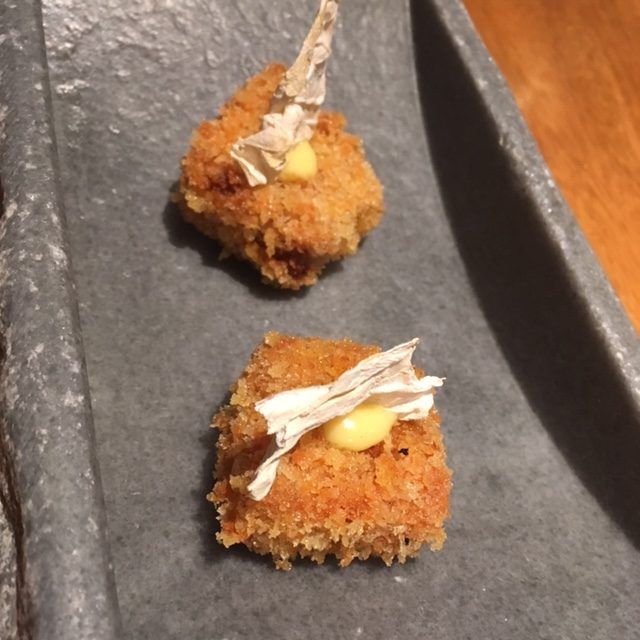 Admittedly, not knowing what you’re eating means you can’t come to the meal with any preconceptions and the Gaggan menu offered a few surprises.

I’d always said there were two things in life I’d never eat – brains and intestines – but that got busted thanks to Gaggan…I knew he nearly always served brains on the menu, but I had no idea what they were in and so I munched them down without thinking about it.

When he finally told us that yes, we’d had them and what dish they were in, I was surprised – I’d guessed what we were eating was offal, but I hadn’t thought brains.

Don’t think I’m going to tell you where they are though – even though Gaggan regularly changes the menu and, we visited a few months ago so chances are you wouldn’t get the same dishes I did, I’m not going to give the game away about what form the thinking parts appear in, you’ll just have to be pleasantly surprised like I was.

Oh, and just to let you know, I’ve since eaten intestines too.

How much is a Meal at Gaggan?

Okay, so, eating at Gaggan is not cheap compared to the rest of the food in Thailand, but when it comes to food of this calibre it’s a bargain.

If you’re now gagging to go to Gaggan after reading this, best get a move on  – the restaurant will close for good in 2020 when he goes off to open a new venture in Fukuoka, Japan. I get the feeling it’ll be sorely missed. And I’m wondering if I can hold off my trip to Fukuoka (which has awesome things like a cat island nearby) until he gets there….watch this space!

Here’s a map of where to find it.

The nearest BTS station is Chitlom and it’s an easy 12-minute walk from there.

Reservations are, not surprisingly, essential – and this is where I bring you the bad news – a few weeks ago Gaggan posted on his Instagram that all the tables are booked for the rest of 2017 – so, you’re looking at booking now for 2018.

However, he also said that there are often cancellations so don’t give up hope – you can try to get on the waitlist or if you’re already in Bangkok, give them a call and you might get lucky. Here’s the post where he explains exactly what you need to do.

If you want to book for next year though, you can do so via their website

For this part of our Bangkok trip we stayed at the Amari Watergate which is about a 25-minute walk from Gaggan and close to all the main shopping malls.

It’s also a great hotel for foodies – the buffet breakfast is enormous with every cuisine known to man; I ran out of stomach before I could try all the stations at lunch – and when we were there they were gearing up to open their cheese and wine room.

If you decide to follow our lead and can splash out for a room on the executive floor, there’s a great private rooftop bar up there with an amazing view of the Bangkok Skyline – and no queue for the bar!.

So, what’s the best meal you’ve ever eaten in Thailand – let us know so we can go there next time? Or have you ever eaten at Gaggan – did you get any surprises on your night out? 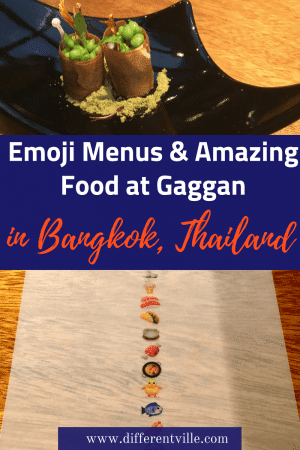