I thought it was about time I put all those hours I spent on Pinterest to good use and share the 10 favourite articles I’ve found on there via travel pins. There are tiny Polish dwarves, stuffed mice, abandoned aircraft – and painted sheep!

Until recently I didn’t think Pinterest was for me…I thought it was all pictures of cakes and sewing.

Well, while that might have been the case when it started, today’s Pinterest is more like a search engine helping you find things you’re interested in on a subject…although, I would say it’s better than a search engine, because it throws up things you didn’t even know existed.

To say I am now Pinterest obsessed is an understatement. I probably spend an hour on there a day checking out travel pins that pique my interest and reading the articles behind them and,so, I decided it was about time I shared some of them on here too…

Here are the favourite ten articles of the 800+ travel pins I’ve shared since I joined Pinterest – with a bit of info about why I loved them.

The Painted Sheep of Ireland

This one had me hooked as soon as author Sue from Travel Tales of Life uses the word SHEEPIES – in capitals and admits to squealing like a three-year-old every time she sees a white woolly creature. It’s basically me on another blog.

The main post talks about why farmers in Ireland paint their sheep – a) who knew they did and b) who knew it was partly due to who the sheep are shagging!

Not only did I learn stuff the post just makes me laugh so definitely check it out. Here’s where to find the whole thing.

One of my best friends is an awesome cosplayer (check out her Facebook page here) and so I hear a lot about various cosplay conventions going on in the US or Australia, but I had no idea that every year the tiny Italian town of Lucca in Tuscany turns itself over to fantastically dressed people for the Cosplay element of the Lucca Comics and Games festival until I read the post on it by Dany at Travelling Dany. 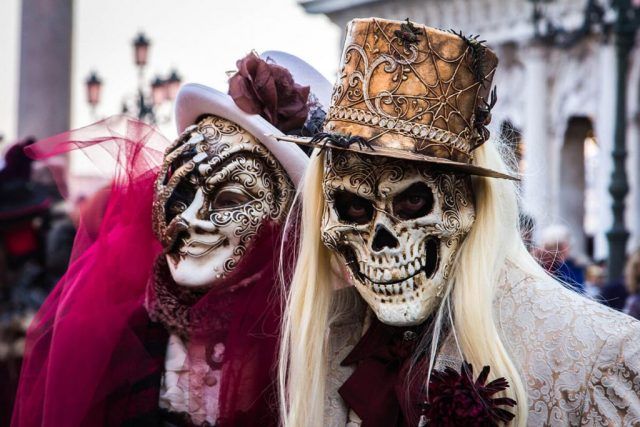 The festival has been going since 1966 and now attracts thousands of people in fantastic costumes.

I loved this post because it doesn’t just talk about the festival but how much effort it takes to create the costumes by hand. You see a good Cosplayer literally makes everything themselves – one day I went round to my friends and she was crafting squashed tomatoes out of latex to make a Cersei from Game of Thrones walk of shame outfit. Warning – never eat anything from her fridge!!

♥ READ MORE: The Amazing Sight That is Cadillac Ranch, Texas ♥

The Bangkok Airplane Graveyard is basically a field with a load of abandoned planes in it. I’d heard about this before I came across the pin by The Roaming Renegades – in fact, I nearly went there on my last Bangkok trip, but it seemed a bit far out of town so skipped it.

After I found this pin and read the post I was quite glad I had.

The planes have now become home to a few families who, fairly enough, charge tourists for visiting – but, some get a bit more aggressive about the cash than others. While the Graveyard itself sounds amazing, being threatened by some kids with a syringe does not sound like how I want to spend my holiday!

It makes for a compelling read though – and, if you’re braver than me, tells you exactly how to get there.

This travel pin just made me laugh – it’s basically a round up of eight statues around the world that get grabbed in odd places.

After a while, all that groping causes the statues covering to wear away and certain parts of them go shiny!

Sadly, I couldn’t find a contact for the authors to ask permission to use one of their pics and so I can’t show you an exact example – so, have a picture of Sydney’s over rubbed statue instead. 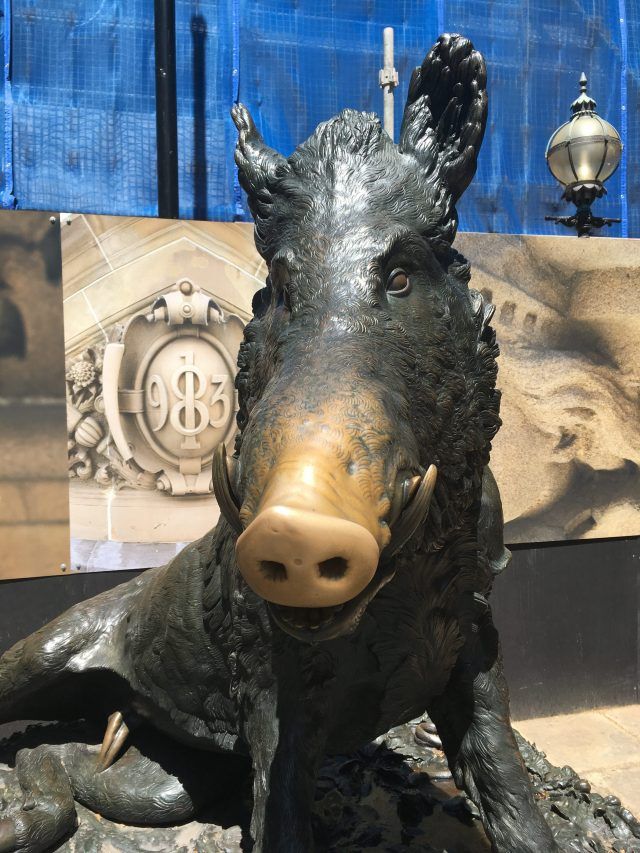 He’s called Il Porcellino and he’s a boar – the myth is that if you rub his nose and drop a coin in the fountain under his hooves riches will come your way. Obviously, there’s a lot of rich people out there because look at his poor worn away snout.

♥ READ MORE: Sydney’s Foundation Park. A piece of Hidden History in the Rocks ♥

How to Visit Chernobyl

I am old enough to remember when the nuclear reactor at Chernobyl went into meltdown in 1986 – and as a slightly worry-prone teen, I was terrified that we were all going to die. Obviously, we didn’t so the idea that you can now visit this place on your holidays amazes me.

I’ve read a couple of articles about visiting Chernobyl via Pinterest, but I think this one by Inspired by Maps is my favourite because the pictures are incredible (you have to see the pic of the abandoned dodgems) and it also talks about an overnight trip which I didn’t know you could even do.

Earlier this year Japan opened the first hotel ‘staffed’ by robots – including a rather fantastic dinosaur in a hat. I’d seen some pictures of it, but this post by Miss Abroad was the first one that actually talked about what it’s like to stay there. 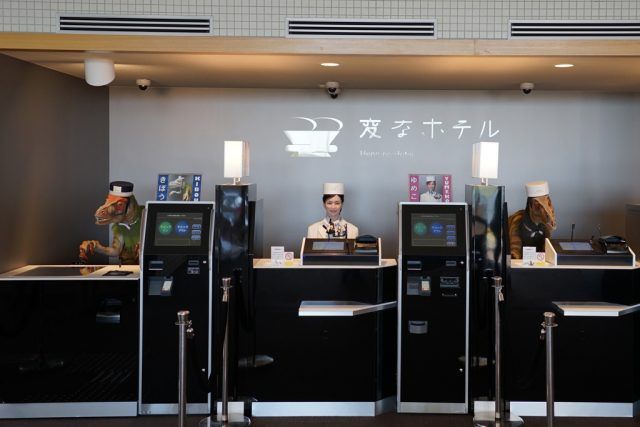 The existing Henn na hotel is in quite a remote location in Southern Japan near Sasebo, but a new one has opened up near Tokyo – and guess where I just booked a flight to!!!

How to Run With the Bulls and Survive

Every July in Pamplona, Spain, a few foolish people line up to run down the road in front of a few grumpy bulls hoping they don’t catch them – while hundreds of other people watch from a safe distance.

Whether you agree that this is a good idea or not,  The Curated Collective’s post on what it’s like to run with the bulls makes for fascinating reading and doesn’t sensationalise it.

I have no desire at all to do this at any point in my life…but I loved reading about their experience.

The Tiny Dwarves of Wroclaw

I don’t regret much about leaving the UK to move to Sydney, but one sad thing is that I can’t get to Poland as easily now – I love the place, particularly the food and had so much more to explore before we left

One place I didn’t get to was Wraclow and I had all the regrets about this when I saw Dave from Man Vs’ Globe’s post about the tiny dwarf figures that pop up all over town.

Called Krasnale they are a tribute to a group of protestors opposed to Poland’s communist government back in the 1980s. 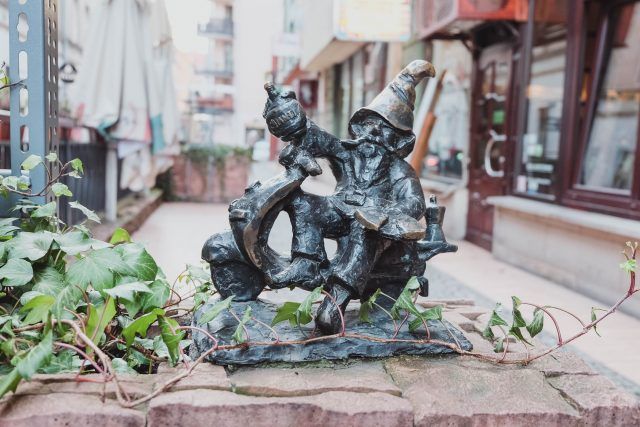 There are now hundreds of the tiny fellas all over Wroclaw and Dave’s pictures made me want to go and cuddle every one of them!  I also really like the way he writes. Definitely, check out the post if you’re going to Wroclaw soon.

I think this pin by Reflections Enroute was possibly the first travel pin I shared on Pinterest, and again, I’m so sad I don’t live nearer enough to just hop on a super cheap flight to get there.

See, it turns out at the end of Summer in the Alps the farmers move their cows from high on the hills where they’ve been happily munching all the grass they can cram in their stomach(s) to barns for the winter.

But they don’t just shuffle them along quietly – they give them huge decorative headdresses to wear!!! There are cowbells, lederhosen, special bovine-shaped bread and music a gogo – and it just looks amazing. 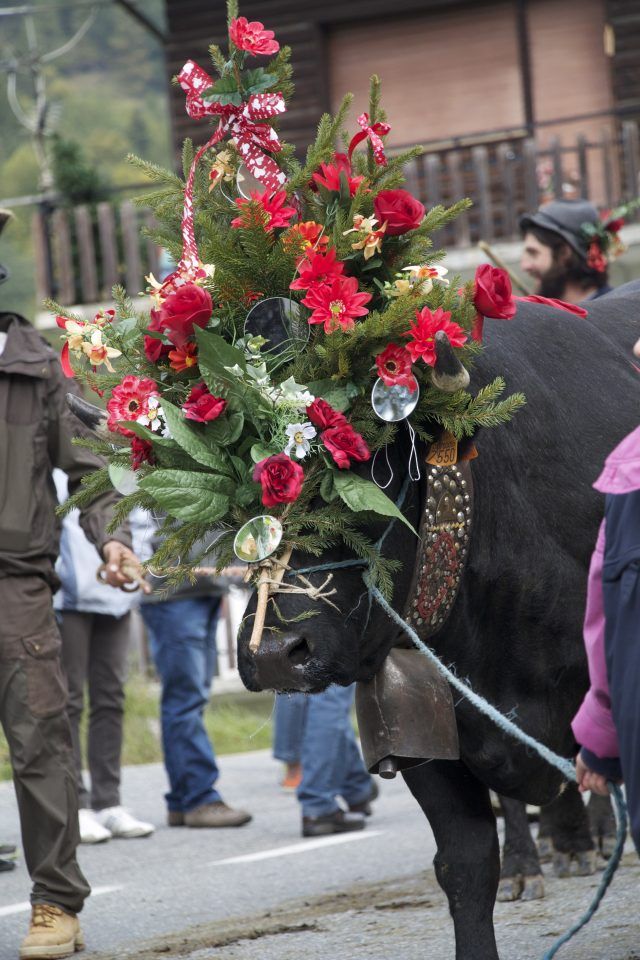 Taking a Taxidermy Class in London

I thought I found some strange things on my last trip to London, but LC who writes the Birdgehls blog beats me hands down. She went and stuffed a mouse!

Now I do have to warn you, as she does, that the pics are a bit graphic, but how she describes the process is fascinating – and, you also get helpful tips, should you wish to add mouse stuffing to your holiday itinerary, on what to take to class with you. Spoiler alert: pack tiny outfits and tiny handbags!

The fact that someone had the foresight to do this blows my mind!

I also love what happened when she took her mouse home on the tube….if you want to laugh out loud, check out the post. 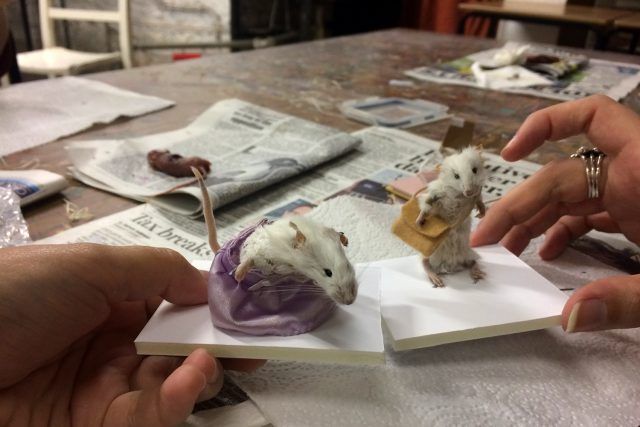 So, there you have them – the ten favourite articles I found via travel pins on Pinterest – thanks to all the other bloggers who kept me entertained (many of whom were also kind enough to let me reuse their photographs on this post). The other photo credits are as follows: The robot hotel is from Henn na hotels, the Alpine Cow pictures @Adobe Stock

If you want to see what else amuses me on Pinterest, follow the Destination>Differentville boards. There are 800 other travel pins about intriguing things to do on there – and more quirky stuff gets added daily. We’re also on Instagram at @differentville, you’ll find us wittering away on twitter here and, not quite as often as we should, we post on Facebook too!

Then why not share it on social media – the cows will give their bells an extra jingle if you do. 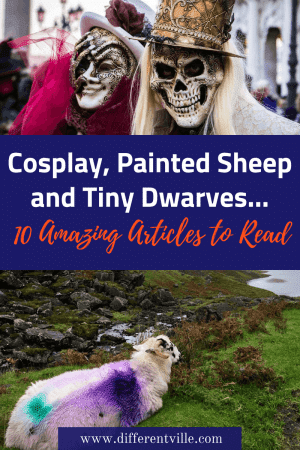